In July 2020, Hindustan Unilever renamed its ‘Fair and Lovely’ fairness cream as ‘Glow and Lovely’ in the wake of the Black Lives Matter protests. Many people felt that ‘Fair and Lovely’ promoted negative stereotypes about darker skin tones and was idealizing the idea of ‘fair’ skin. As a result, it was renamed as such to enhance inclusivity and diversity in beauty. But here, one main thing is to be considered.

How did Fair and Lovely work for so long?

The advertisements of many companies about these cosmetics have mostly been inherently racist. And it’s not that we, the customers, didn’t know that. HUL earns about ₹ 4100 crores in annual sales from Fair and Lovely. Think about that. We have been giving such a massive amount of money to a company that puts out advertisements saying dark skin is bad, even if it is implicit.

The IAT measures the strength of associations between concepts (e.g., black people, gay people) and evaluations (e.g., good, bad) or between the concepts and stereotypes (e.g., athletic, clumsy).

For example, in the Harvard Race IAT, the test will look something like this:

The central part will consist of black/white faces or good/bad adjectives and, accordingly, we will have to press the ‘E’ or ‘I’ key on the keyboard. For the second picture, in the next round, the first column will be “Good or Black people” and the second column will be “Bad or White people”. The same procedure, i.e., pressing ‘E’ or ‘I’ according to the thing shown on the central part has to be followed.

The main concept is this: When two closely related items are in the same column, making a selection is easier; therefore, we press the key faster. This works vice versa when the two items are not closely related, so we take a longer time to press the key. The IAT measures people’s implicit attitudes and beliefs, although they may be unwilling or unable to report these attitudes.

What are the implications of this? Are the majority of the people in the world racist?

Actually, no. What this shows is that, although consciously we may believe that we treat all people as equal, unconsciously, through our experiences in life and the behaviour of the world around us, we tend to somewhat have an implicit bias regarding race, thereby associating positive things more with white people than black people, and vice versa for negative things.

HUL, irrespective of whether it knew about the IAT or not, successfully used the principles of the Race IAT to market Fair and Lovely to the consumers, earning crores of rupees in the process. I will come to the ethics part of this later in this article, but marketing the product using the consumers’ subconscious behaviour is a really impressive feat, given that predicting human behaviour is pretty unpredictable.

Louis Cheskin, a famous psychologist and a pioneer in marketing, observed that customers’ perception of products was influenced a lot by the aesthetic design of the
products. He coined a term for this called “Sensation Transference”. It refers to the unconscious assessment that people make about a product based on how the product looks, and not about the actual item itself. When we fall for stuff that comes in meretricious boxes, or when we buy expensive products with cool packaging designs, these are all examples of sensation transference at work. For example, in one study, using the soft drink 7Up, Cheskin varied the colour of the can of 7Up and tested consumers’ reactions for each variation. Cheskin found that when 15% more yellow colour was added to the green on the package, people reported that the taste had a lot more lemon flavour!

In the past, with regard to dairy products, butter was preferred to margarine by many consumers. But by conducting many experiments, Cheskin found that by colouring the white margarine with yellow and packaging it in foil, people couldn’t discern that much difference in taste. Also, the foil packaging resulted in consumers perceiving it as higher quality. Thereby sales of margarine increased a lot due to these changes!

Astonishing, isn’t it? The effect that colour and packaging design has on consumers’ perception while buying or using the product. This reveals that consumers buy for the product experience, i.e., the product and the looks combined, and also that both the product as well as the product design influence the consumer. Of course, this may be clear intuitively to us, but what matters here is the way it influenced the consumer into thinking something by engaging his or her subconscious thoughts.

Coming to the present scenario, the digital marketing space has grown leaps and bounds due to the Covid-19 pandemic. There is a huge trend of data-driven analytics focussed on optimizing digital marketing by engaging customers to the highest level possible. The problem with this approach is that bombardment and ubiquity of ads in the digital space do not equal higher sales. What I see, as a consumer, is nothing but heavily cluttered digital channels, information being thrown at me in every direction, so basically, engagement or stimulation overload is occurring a lot, so in the end, I get irritated due to this and don’t buy anything.

Maybe it is time we see the consumer aspect of digital marketing and adopt a holistic approach towards digital marketing, where instead of cluttered, poorly executed efforts, a memorable digital experience is offered to the consumer. Drawing from the previous studies, the key here would be to find the emotional need, i.e, the marketer should be able to connect with the consumer. The customer, when seeing the product, should be able to identify a positive experience or association with it.

For example, why are pickles sold in glass containers? In the past, glass containers weren’t used. But then it was found that when people saw the pickles in glass containers, they had a subconscious reaction along the lines of, “Oh, my grandmother used to make pickles like these and store them in glass bottles on the shelf”, and then they would buy it. The feeling of reminiscence here acted as a strong catalyst for the consumers to buy the product.

So the ability of the digital advertisement to connect with the consumer and to evoke a positive emotional feeling in the consumer, which in turn will subconsciously drive his behaviour towards buying the product is key to the success of digital marketing.

A great example of this is how the OnePlus Nord was marketed. OnePlus gave its loyal group of followers a four-part, behind-the-scenes look at how it pieced together the OnePlus Nord. Also, Nord’s page on Amazon had a beautiful design. It had a catalogue and a fixture that divulged Nord’s features one by one. The AR (Augmented Reality) launch was the cherry on the cake. The launch was something new, exciting, and dazzling, one which was offered at a very nominal rate. All these things made OnePlus Nord a marketing masterpiece.

Coming to the ethics part, is subconscious marketing manipulative?
Maybe yes, maybe no.
My stance would be this: As long as it doesn’t have an adverse effect on the consumer and the manipulation is within some sort of limit, it would be fine. You might ask me, how would you define the limit? Or for that matter, what would be classified as adverse? There is no fixed answer for the ethics issue, and the debate shall go on. I would only say that both the marketers and the consumers need to be aware and ensure that they are making responsible decisions.

I will conclude with an interesting experiment.
Dear reader, what is your favourite chocolate? Or your favourite dessert?
Answer any one of them according to your wish. So now, why is that this particular item is your favourite? Because it tastes good? Or any other generic answer, it’s fine. Now if I were to ask you since it is your favourite and you like it so much, tell me why do you like it, by specifically explaining its appearance (colour, intensity, shine, etc.), texture (firmness, denseness, etc.), aromatics or flavour (minty, fruity, sweet, etc.), and chemical-feeling factors (astringent, cooling, etc.)? Would you be able to? Think about this.
There is a very valuable insight that can be gained from this experiment, which explains how consumers make their choices and whether these choices are based on rational analysis or intuition. Ponder deeply, and I assure you, the answer will immensely help in doing marketing better.

S Suudharshan Vaidhya is an MBA student from IIM Indore.
He is the winner of Optimization – an article writing competition organised jointly by Mercur- I, Marketing club of IIM Indore and Marketing Lake. 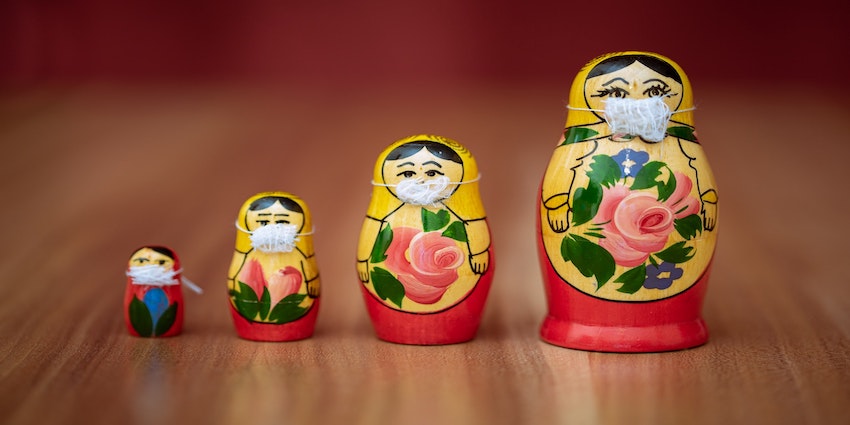 Blogs What Branding is Doing in COVID-19 Era? 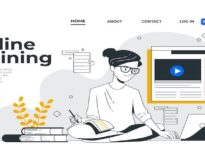